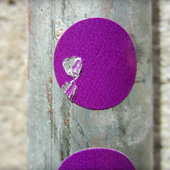 After being largely ignored for decades, street art is being increasingly assimilated by society and the art system. Numerous artists who started their careers working anonymously in public space are now being commissioned to create pieces for galleries, museums and collections. This text looks at the differences between producing art in public space without permission and producing art for the gallery, and at the possible approaches to curating street art in ways meaningfully related to the values of independent street art. [read more] 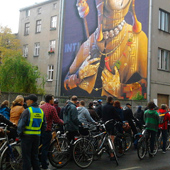 From street art to murals, what have we lost?

The big, institutional murals that have become common in the last five years are often referred to as street art. This use of the term creates confusion, since there are clear and fundamental differences between these murals and the smaller, unsanctioned works we used to call street art in the past decade. This text identifies the differences between these two practices, and is at the same time a detailed account of the qualities that make street art unique. [read more] 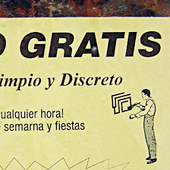 Based on an analytical approach to Eltono’s street work, this text puts forward a series of reflections about the different natures of graffiti and street art, about the way each of them relates to its context, and about the facets peculiar to the aesthetic experience of the viewer of these forms of art. [read more] 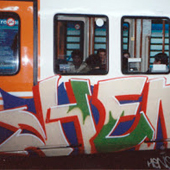 The history of graffiti on trains in Madrid

The strong, punk-originated scene of indigenous graffiti, which dominated Madrid during the 1980s, delayed the local adoption of train graffiti culture. It was only in the 1990s that a train-writing scene took shape, one that, despite being only of secondary importance in the international arena, has introduced extreme behaviours. [read more] 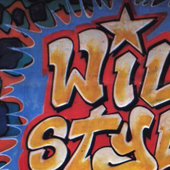 What does graffiti have to do with hip-hop?

About ten years after its inception around 1970, graffiti culture started to be linked with hip-hop, a concept coined by the media to facilitate the commercialisation of graffiti and other contemporary cultures. This artificial link is still seen in the media, and therefore also in the mainstream view of graffiti. [leer más] 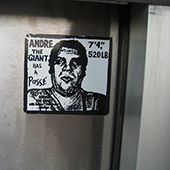 The writing of slogans on walls, both freehand and with the help of stencils, has been part of punk culture since its inception. Influential bands such as Crass made it a part of their identity. It is also common in punk culture to write bands’ names, or the name of the writer. This last custom gave way in several cities to graffiti scenes wholly independent from the New York culture. [read more] 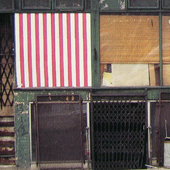 Although graffiti and street art are different games, with different practitioners and audiences, both are often perceived by the general public as parts of the same thing. This text looks at the earliest cases in both currents to investigate the aspects that define and separate them, and also offers a brief introduction to the illegal street work that founded the career of French artist Daniel Buren. [read more]

> Some articles in Urbanario exist only in Spanish